One honeymoon, three hen dos, four weddings, a new dog, a house move and a new job later and 2018 is almost at an end and it’s safe to say it’s been a busy year! I started the year on a serious high, jetting off to St Lucia on our honeymoon, and when we came back to Scotland I was determined to find myself a job in Glasgow I was really passionate about and a house we could call home. Unfortunately, it was another eight months before I succeeded. 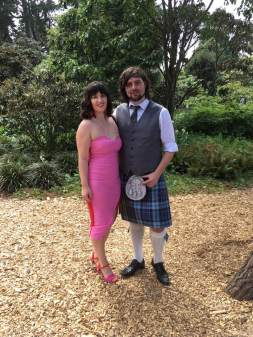 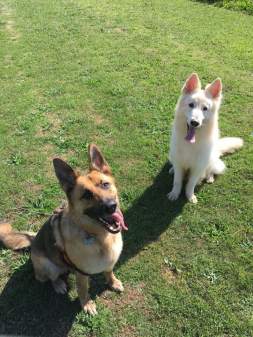 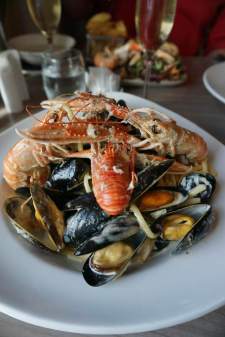 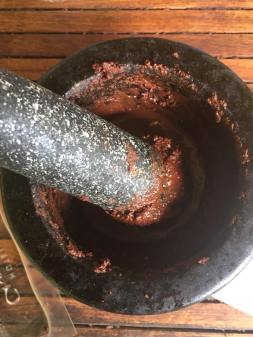 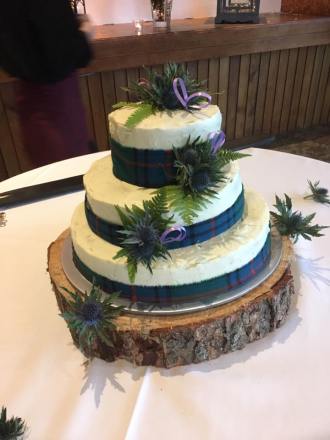 The wedding cake I made! 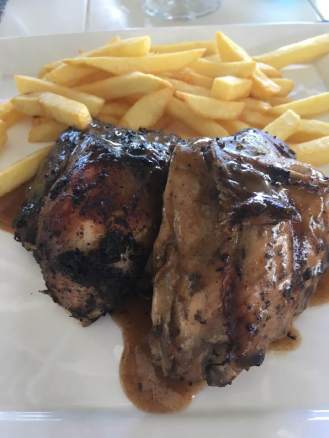 Jerk chicken in the Caribbean 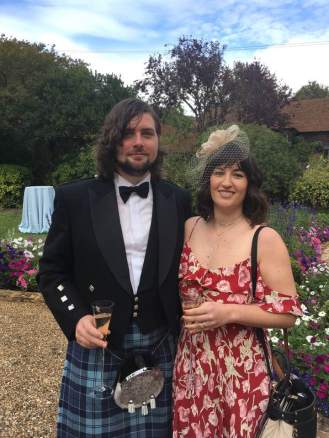 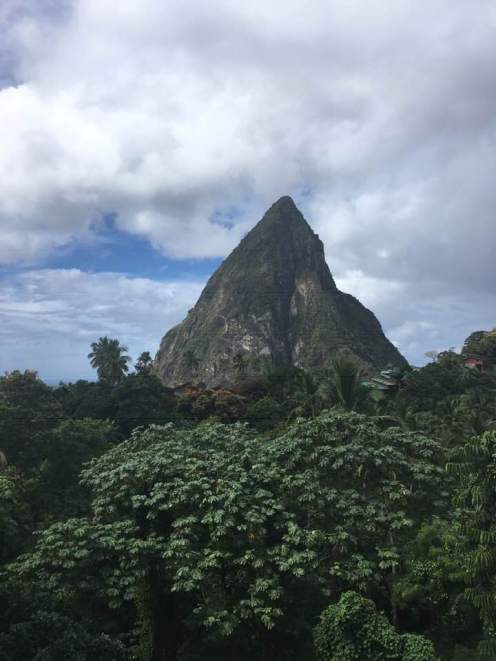 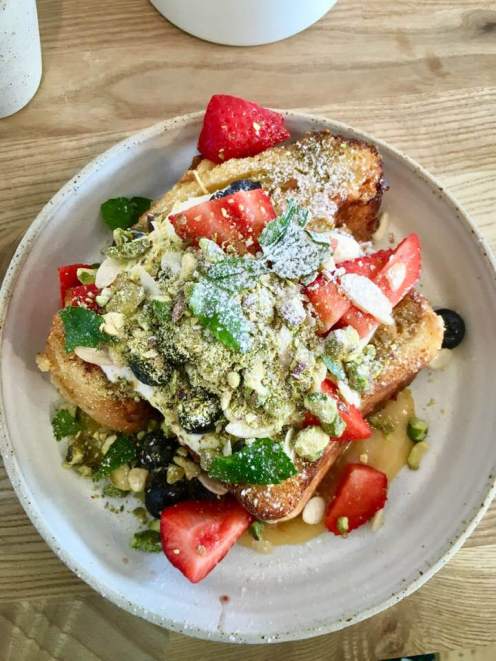 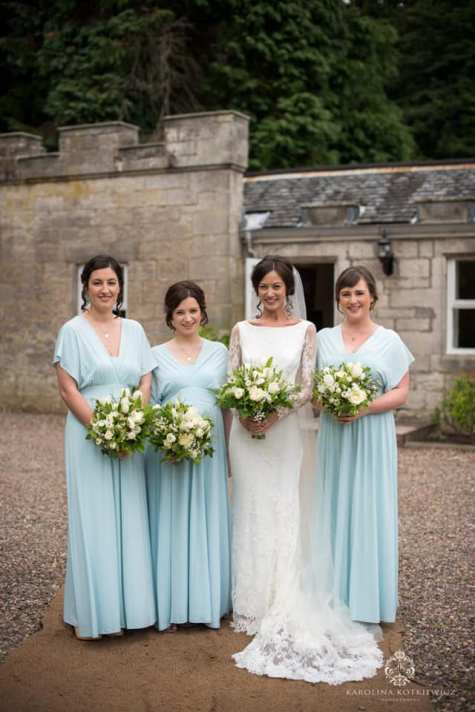 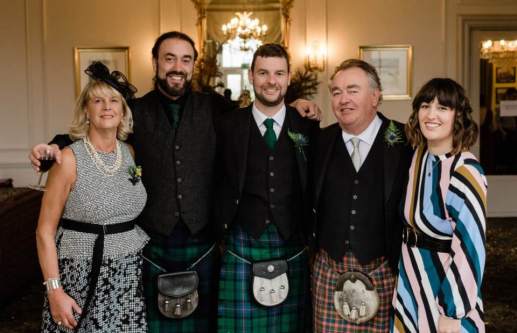 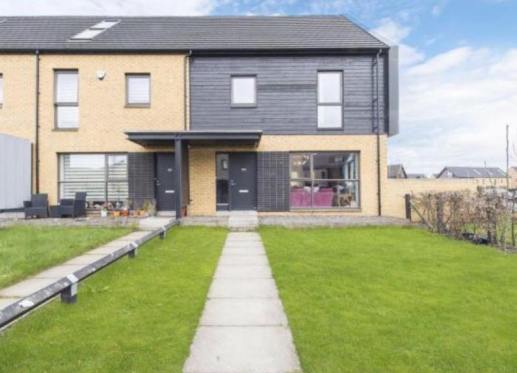 I spent July to October watching friends and family getting married, having children and, in August, I found myself a new job that I love and Sam and I became homeowners, but enough about life milestones and all that rubbish, you’re here to talk about food, right?

And so, in the same tradition as last year, I’m going to look back over the past year in food, from returns to old favourites to discovering the new. Take a look at some of my favourite dishes of 2018… 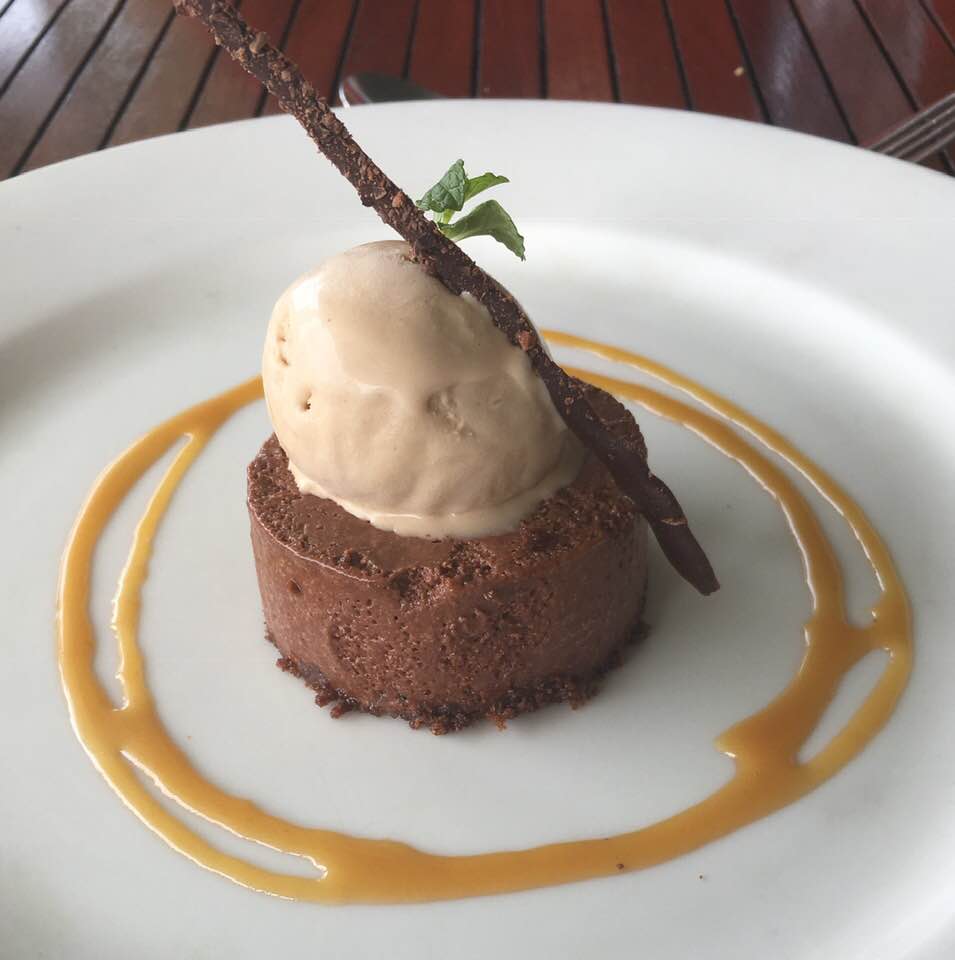 An obvious place to start has to be our honeymoon, right? We spent 11 incredible nights in St Lucia and I’m dying to go back again, but it was, obviously, kind of a once in a lifetime holiday. While we were there we took a trip to the Hotel Chocolat hotel where we got to make our own chocolate bars and enjoy a two-course lunch in the restaurant. All of the food had chocolate in it in some way, but the desserts were just out of this world. This dark chocolate mousse was seriously heavenly. 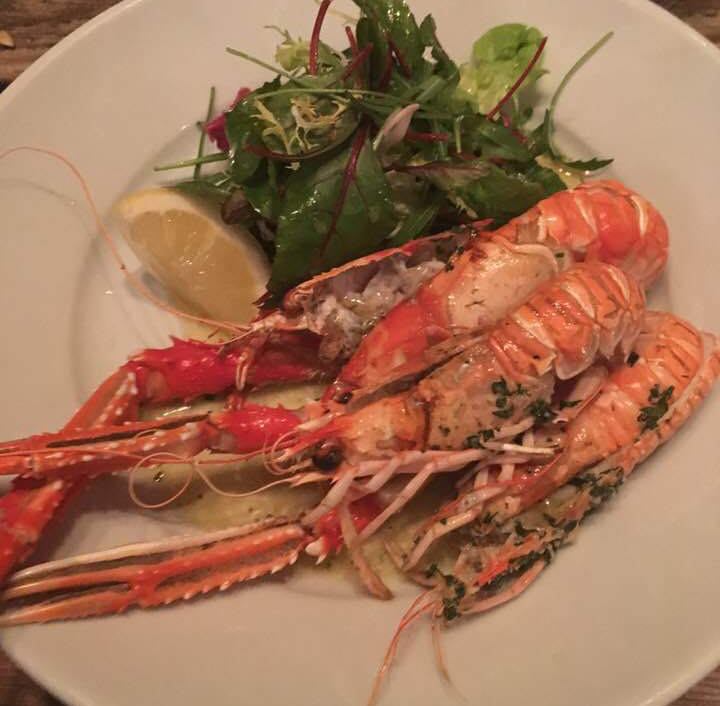 I’ve been much more adventurous over the past year or so when it comes to seafood, especially considering that a few years ago you couldn’t have paid me to get near the stuff, so in February we went along to Crabshakk. For the first time, I ordered langoustines and I’ve been kind of obsessed with them ever since. The ones at Crabshakk were simply split and grilled with garlic butter, just as they should be.

Oh Eusebi Deli, how I love thee. I knew as soon as I planned this post that Eusebi’s would feature on the list, but I’ve had so many incredible dishes there I seriously struggled to narrow it down. I eventually chose this wild mushroom dish from the autumn menu. It might look simple, but it was full of flavour. Oh and if I haven’t told you before (which I 100% have), GO TO EUSEBI DELI.

Pigs Head and Langoustine at The Kitchin 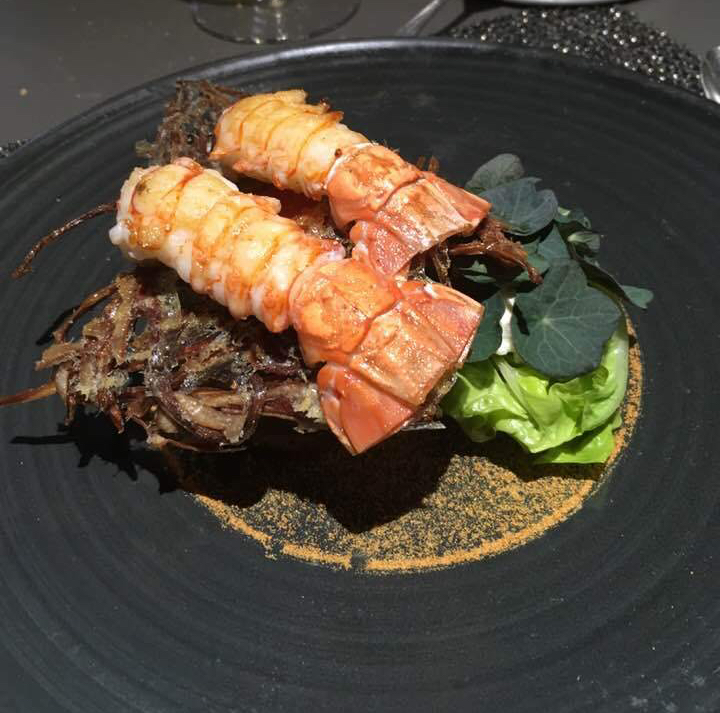 So remember how Sam and I got married in 2017? Well, Sam’s colleagues very generously gifted us a voucher to use at Tom Kitchen’s Michelin-starred restaurant in Edinburgh. When we finally went to book a table to use the voucher in November of 2017, the first available table for lunch was June 2018! Luckily, this pigs head and langoustine was very much worth the wait. Read the full review here. 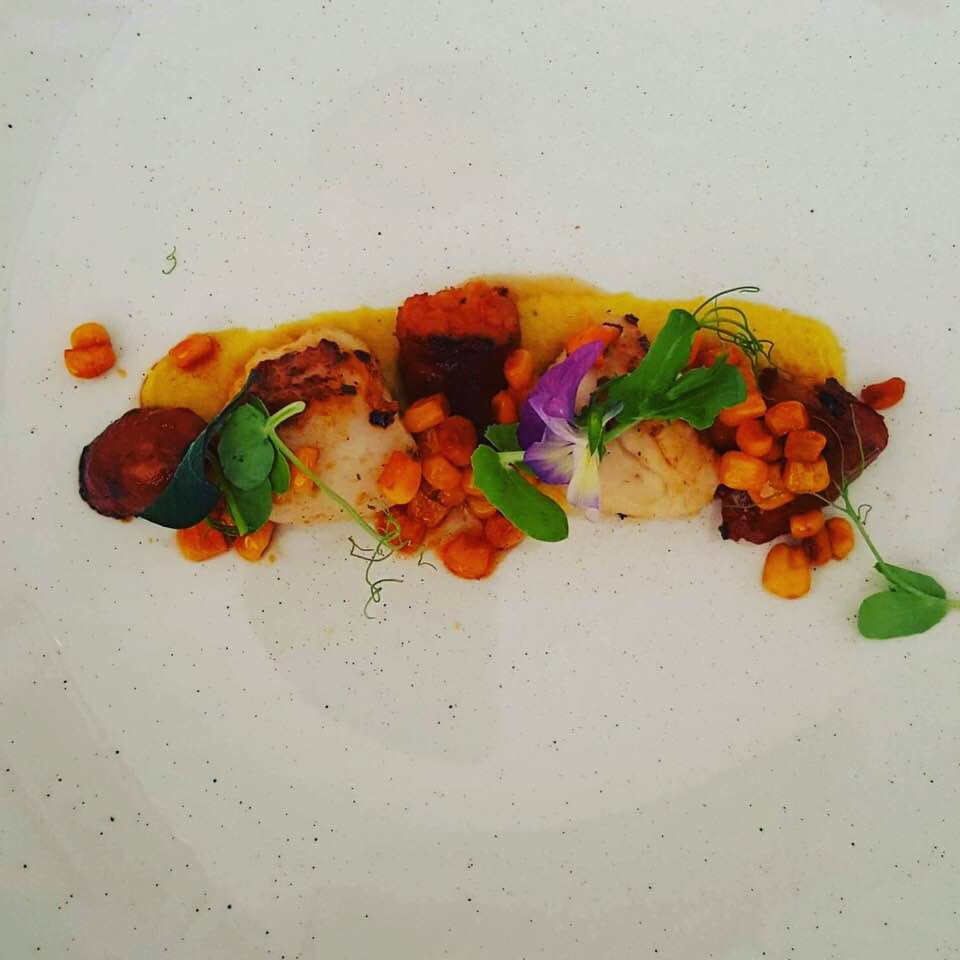 I’m heading even further afield now to Dumfries, where, if you’ve been paying attention, I lived most of the time until August of this year. This restaurant is pretty much the only thing I miss about Dumfries, and these scallops are a huge reason why. This variation was paired with chorizo and sweet corn and as always was delicious. I’ve never had a bad meal there and I would go back to Dumfries just to go to this restaurant again. 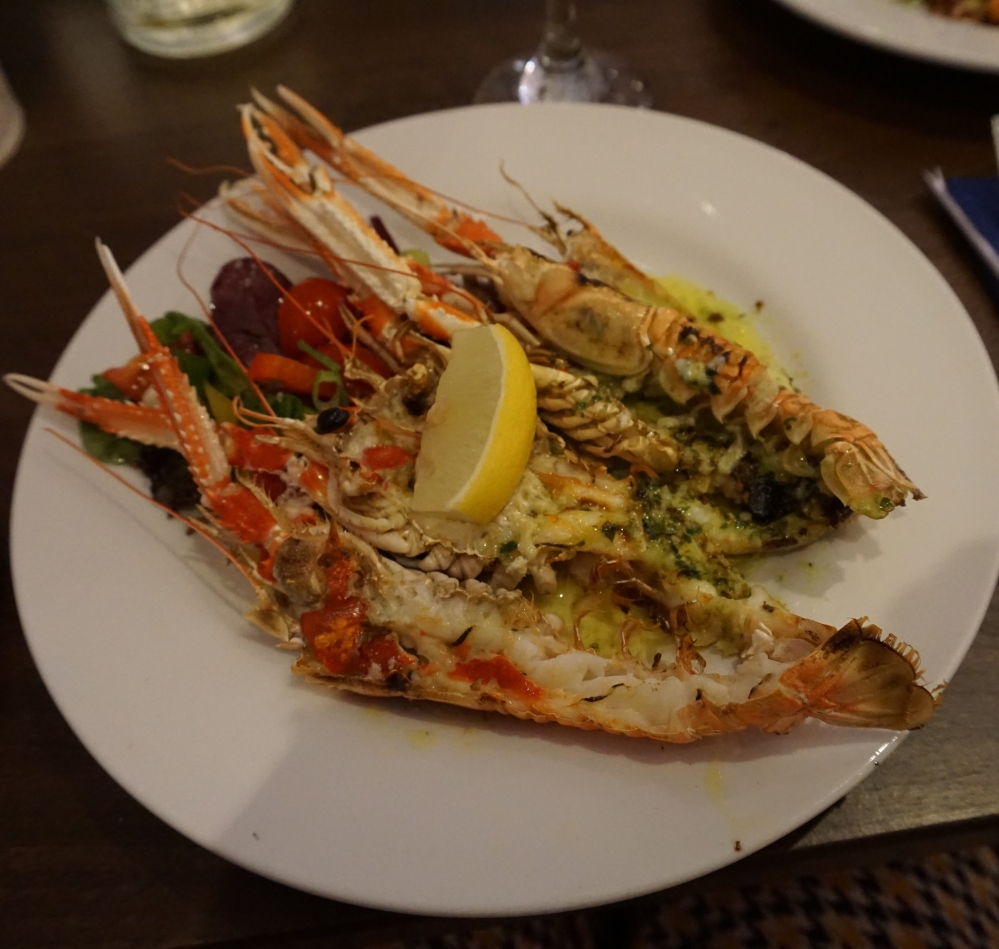 Last one outside of the Greater Glasgow area, I promise! For our first wedding anniversary, Sam and I spent a weekend in Tarbert on Loch Fyne and on our first night we headed to the Starfish, the village’s most renowned restaurant. I went all out and ordered langoustines to start and lobster as my main and it was incredible. I was so busy devouring my lobster I forgot to take a picture, so here’s another shot of some langoustines, which were also divine. 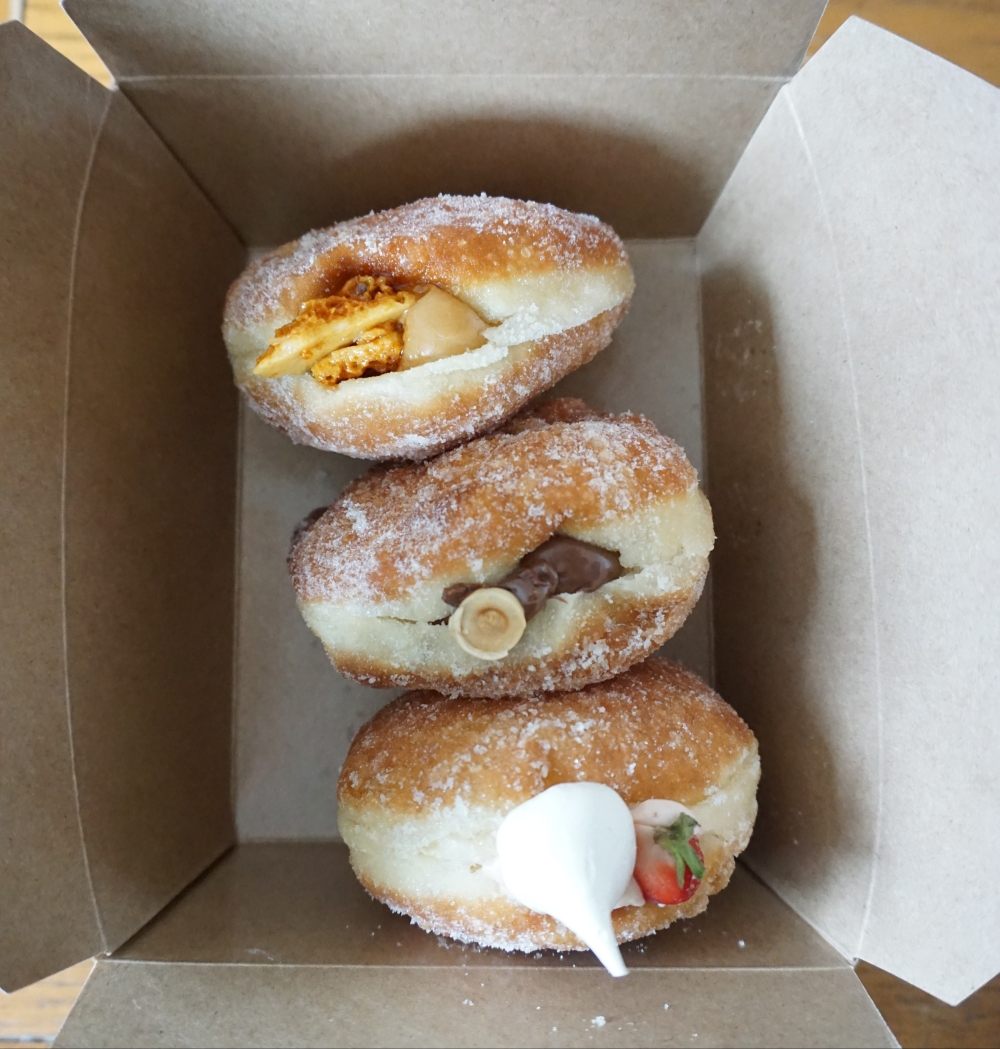 Ok so this isn’t really a plate or a dish, but back in late August/early September, I set out to find the best doughnut in Glasgow, putting seven different sellers to the test. It was one of the best weeks ever and probably one of my most popular blog posts of the year. You can read it and find out who came top of the list here.

The Classic at El Perro Negro 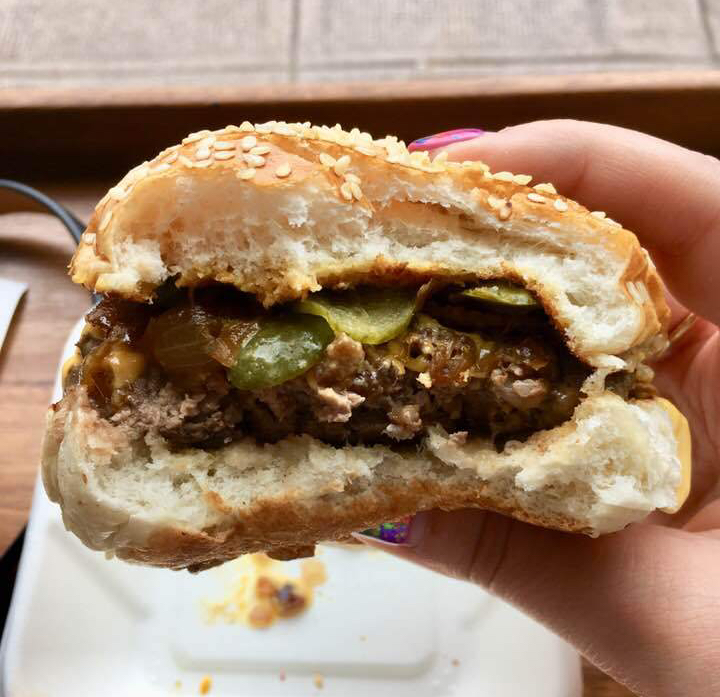 I do not exaggerate when I say this burger changed my life. It still kind of upsets me that it took me until September of this year to finally visit El Perro Negro, but I never expected the Classic with cheese and bacon to be so life changing. I know everyone talks about the Top Dog, but for me, the simplicity of this burger was what made it so special. Not to mention that for the first time EVER I ate pickles in a burger and I LOVED IT. I’ve been picking them out of burgers my ENTIRE life but El Perro Negro showed me the error of my ways. 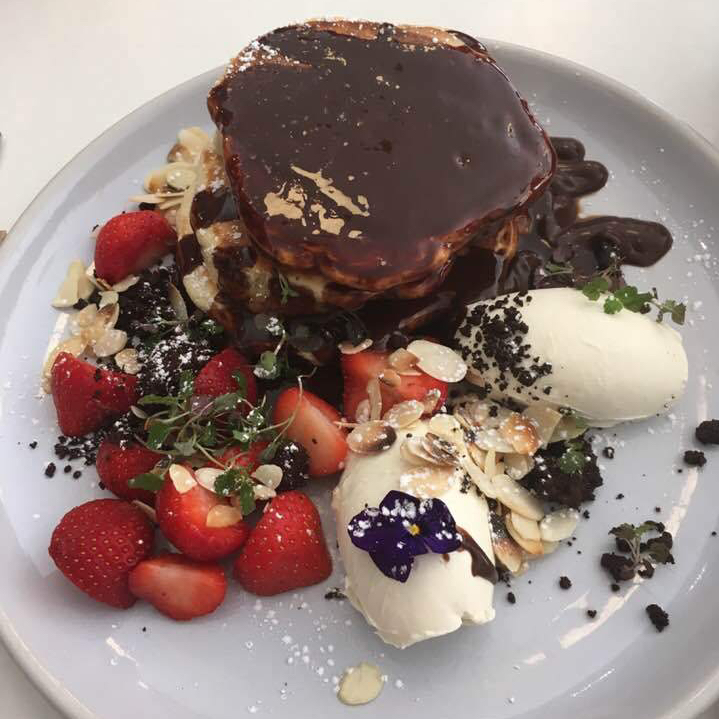 Yet another spot I have been meaning to visit for years, Café Strange Brew has, in just a few visits, given me countless incredible brunches to rave about. I’ve had both sweet and savoury dishes from their menu and I have to say that the American style pancakes with vanilla mascarpone, fresh strawberries, dark chocolate sauce, toasted almonds and chocolate soil are seriously indulgent and a delight to eat.

Chocolate Delice at The Woodpecker 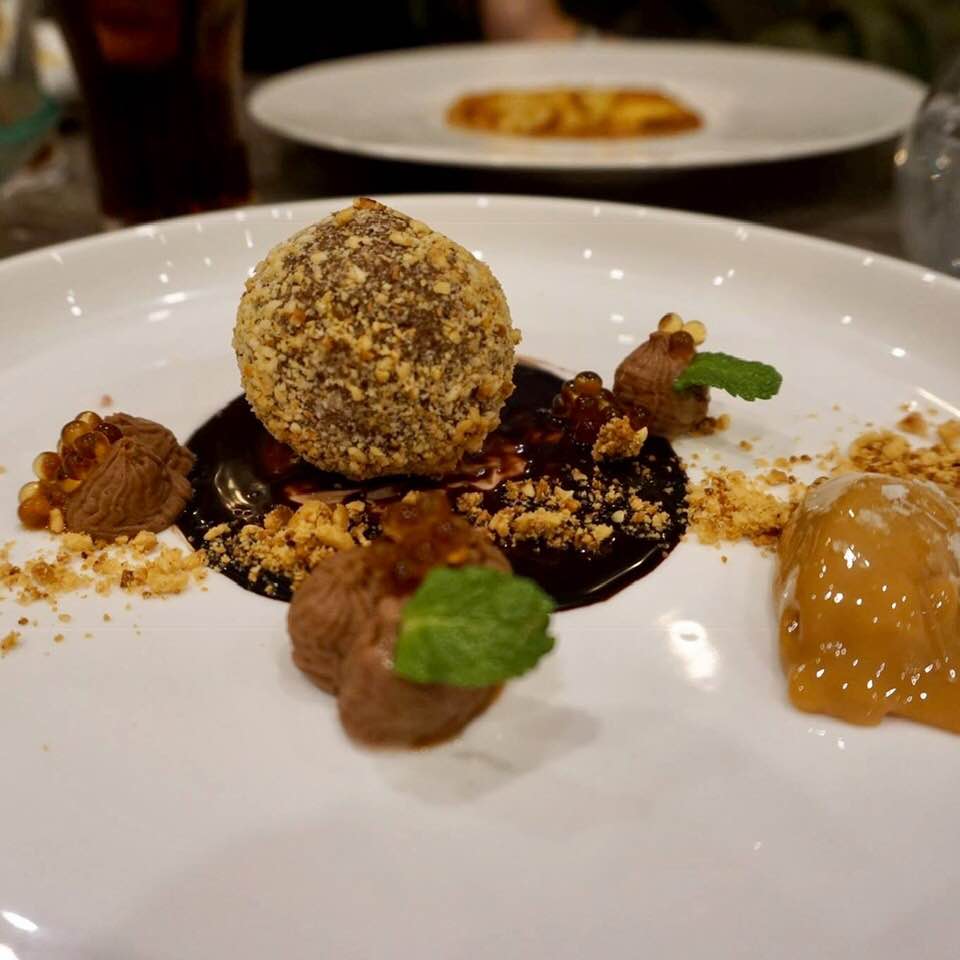 You just have to look at this Woodpecker dessert to know that it’s amazing. The chocolate delice is coated in a hazelnut crumb and served with salted caramel and is honestly just pretty as a picture. Part of the reason this dish made my list though is because of the company I was in when I ate it. It was during a meet up with some fellow foodies and it was so lovely to meet and spend time with them. 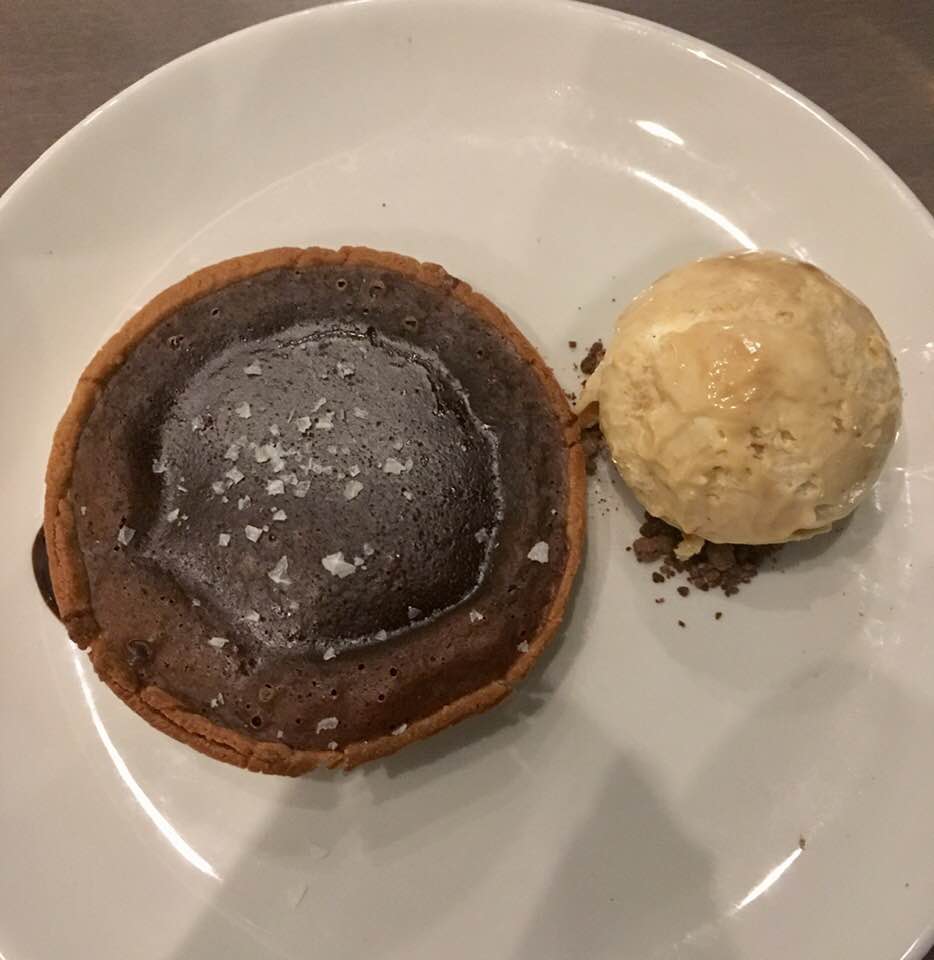 Last but not least is another dessert, except really it’s a dessert hybrid because it’s somewhere between a chocolate tart and a chocolate fondant. Essentially, a sweet shortcrust pasty case has been filled with chocolate fondant mix and baked. What’s not to love?! I mean this shouldn’t really work, it must be so much harder to get the fondant centre, but Gather by Zique succeeded and it’s one of the best desserts I’ve had this year.

I’m not one for big, sweeping generalisations or setting new year’s resolutions I know I’ll never keep, so I’ll just sign off by saying I hope you all have a lovely Christmas and a Happy New Year!