Following in the footsteps of my post about Café Strange Brew, I’m back with another Southside brunch spot, this time Grain and Grind on Battlefield Road.

Shamefully, up until recently, I had only set foot in the café to pick up my regular dose of Kitty’s Doughnuts, but last month I finally got my bum in a seat and had a sit down meal.

It was pretty perfect timing actually, they had just launched their new menu and some of the dishes sounded incredible. I had originally gone in (having scoured the menu online, as I am known to do) determined to go for a savoury option, namely, the waffles with slow cooked Asian pork.

Anyone who knows me knows that I cannot resist a pork dish, and with the knowledge that I could get my sweet fix from a Kitty’s doughnut, I was all set to go savoury. That was until I saw one dish that jumped straight out at me on the new menu: waffles with poached pears, lemon and raspberry cheesecake, toasted almonds and cookie crumb. 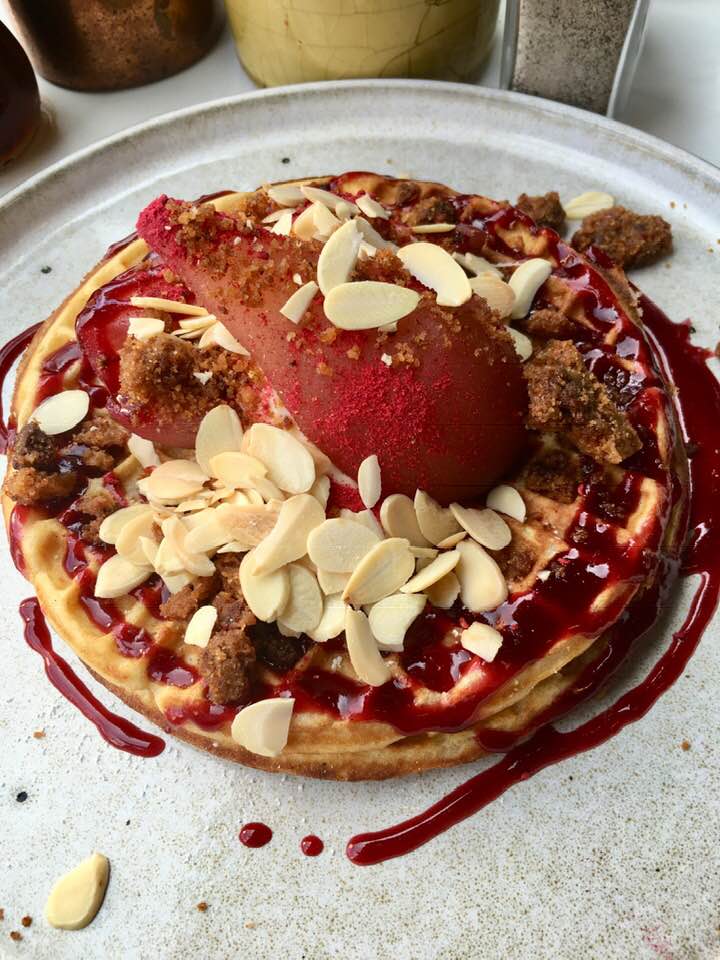 It’s safe to say that on reading those words, all thoughts of savoury dishes, even ones piled with pork, went straight out the window. I mean, it’s a waffle with CHEESECAKE! I’d also been watching a lot of Celebrity MasterChef to be fair, where some of the contestants seemed intent on churning out poached pears for an easy but impressive-looking dessert, and so I had become a little obsessed with them.

If poached pears aren’t your thing though, there is another sweet waffle option topped with sliced banana, banana cream, chocolate cremeaux, peanut brittle and cornflake crunch. I’m not a huge banana fan, but if peanut butter and banana is your thing, you’re sorted. 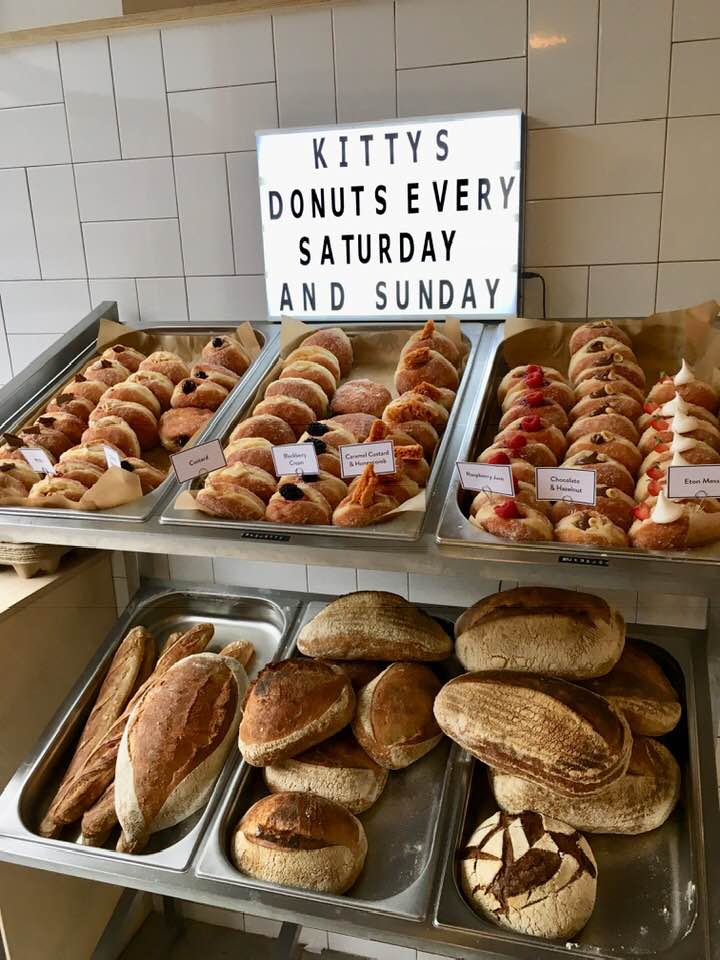 When my poached pear waffles arrived in front of me, I was exceedingly happy with my choice. The plate was full of warming, autumnal colours: deep pinks and reds, the golden brown of the waffles, and the rich, dark cookie crumb. This dish would not look out of place sat next to a roaring fire and a snug pair of slippers.

The pears were perfectly poached, soft but still holding their shape, the waffles were light, the lemon and raspberry cheesecake buried beneath the pears was pure genius. And don’t even get me started on the cookie crumble. It was crunchy, it was chewy, it was SO DAMN TASTY. Honestly, everything about this dish was just…wonderful. I frigging loved it. 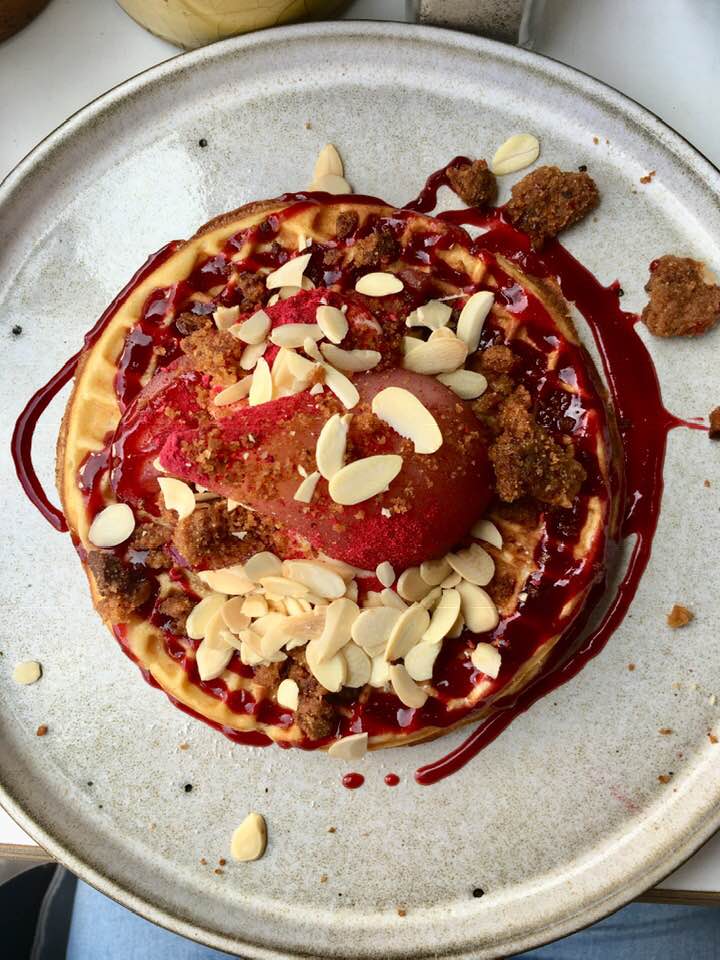 Despite being full to the brim of delicious waffles, I’m not one to turn down an opportunity to purchase a good doughnut (seriously, I spent an entire week hunting doughnuts down all over Glasgow), so naturally before leaving I purchased three Kitty’s Doughnuts, available exclusively at Grain and Grind on Saturdays and Sundays. If you haven’t tried them yet, I strongly suggest that you do.

Minus the doughnuts, the waffles and a soft drink set me back a reasonable £10.30, which I was more than happy with. These were no ordinary waffles you see, these were Grain and Grind waffles.