Korean food seems to be getting a lot of attention these days, even more so now with the introduction of Bibimbap to West Nile Street, and it’s certainly not a bad thing. Having never tried Korean food before and having heard so many positive things since this small restaurant opened its doors, I was excited to try it out one drizzly Friday night.

It’s a small space, so we weren’t entirely surprised when the staff told us it would be a bit of a wait for a table. We put our names down and headed across the street for a drink and were called exactly 30 minutes later to say that our table was ready, and by this point I was ravenous!

One of the most striking things about the interior of Bibimbap is its ceiling, which is covered in brightly coloured umbrellas, with neon signs lighting up the bar area, all designed to echo the colourful nightlife of South Korea.

We were quickly seated with our menus and ordered drinks. Their selection of cocktails is quite unusual, but I figured I ought to try one, so I opted for the ‘Pina Korea’, which was full of coconut flavour but with a hell of a kick! Don’t worry though, there’s also plenty of beer and wine to choose from. 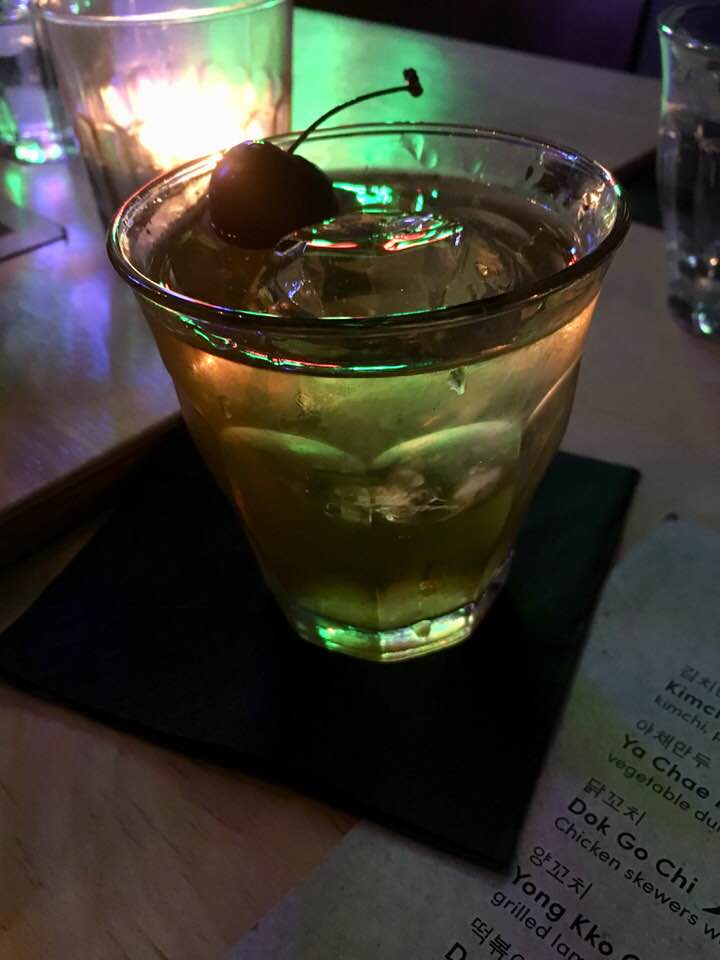 Although the menu is broken down into different sections like small plates, fried chicken, rice bowls and of course, it’s namesake, the bibimbap, all the food comes out as and when it’s ready, so don’t be expecting a traditional two-course meal. We decided to order a selection of dishes because there was so much we wanted to try.

We went for the pork and kimchi dumplings, the tempura prawns, the Korean fried chicken, and I chose the spicy pork rice bowl. It was all pretty much piled on to the table at once, and I was so keen to get stuck in. The dumplings were quite large and plump, filled with delicious minced pork. The kimchi flavour was quite subtle, so if you’re not sure if you’ll like the flavour, these are a good dish to try. The prawn tempura was truly delicious and so moreish. The batter was lovely and light, the prawns inside sweet and soft. I could have eaten a much larger bowlful of it! 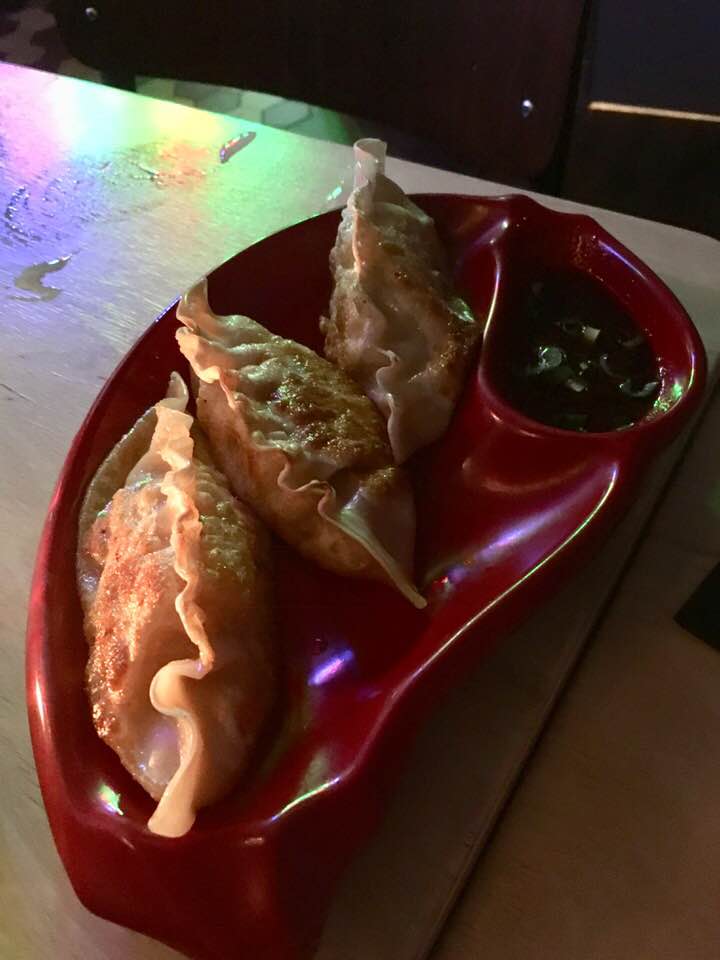 The Korean fried chicken comes in three sizes: small, medium or large. My friend Sarah ordered the medium and it was, in our opinion, huge! I reckon if you’re not sharing, opt for the small! Luckily, since the portion was so big, I got to sample a couple of pieces, and I was pretty impressed. The coating was so crispy and the meat inside so tender. It’s accompanied by Yum Yum sauce on the side, which is not dissimilar to a sweet and sour, and went brilliantly with the chicken. Be aware, it’s traditional fried chicken on the bone, so it’s pretty much all legs and wings. 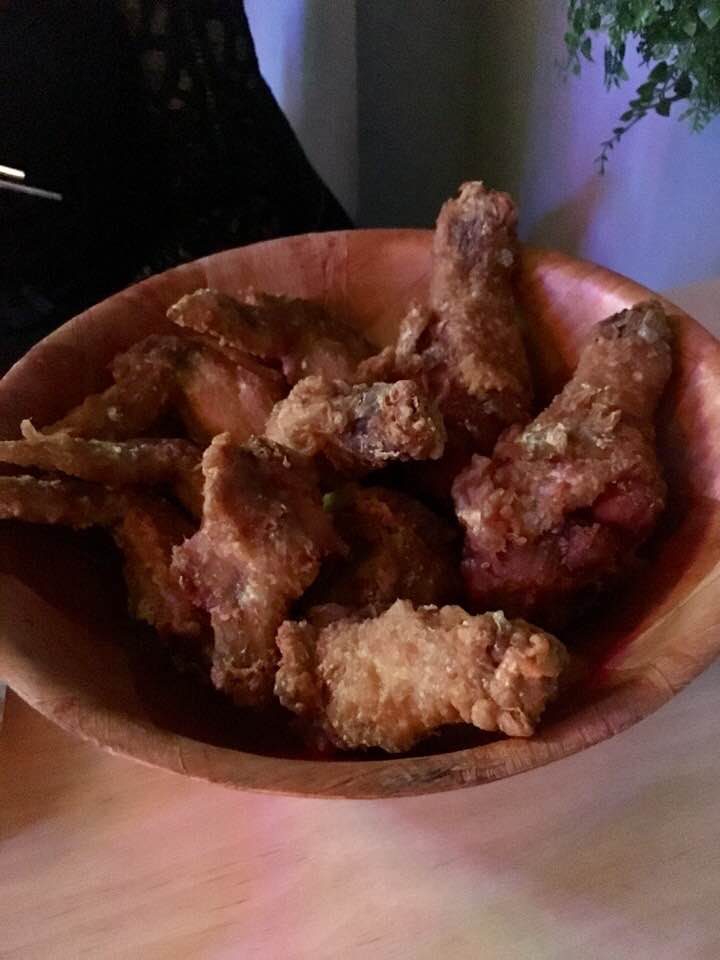 My spicy pork rice bowl was equally delicious. The pork, which I think was belly, was really thinly sliced and coated in a slightly spicy red sauce. I could have done with a touch more heat, but the sauce had bags of flavour, and the rice was perfectly sticky. By this point we were so full we struggled to finish everything on the table!

Throughout our meal, despite it being incredibly busy, the staff were attentive and friendly, and we never felt rushed. The food was delicious and flavourful, and the prices very reasonable, the bill coming to around £22 per person including drinks. All in all, I was really pleased with the service and the food, and left feeling totally stuffed. I’ll definitely be back to try some more dishes from their menu!