A few years ago, I wouldn’t have seen the point in me visiting a seafood restaurant like Crabshakk, because I didn’t eat fish, and the only seafood I could just about stomach was scallops. Now, weirdly, I’m a seafood fiend, and I was so excited to visit Crabshakk a couple of Friday’s ago I can’t even explain. I reckon it’s because I’m slowly getting better at this adulting thing, and that obviously comes with liking foods you used to avoid, right?

Anyway, Sam and I, along with our friends Becky and Pete, headed down to Finnieston one evening to find out if Crabshakk was really worth all the fuss. It’s known by many as THE place to go in Glasgow for seafood, so I have to admit by expectations were quite high going in. 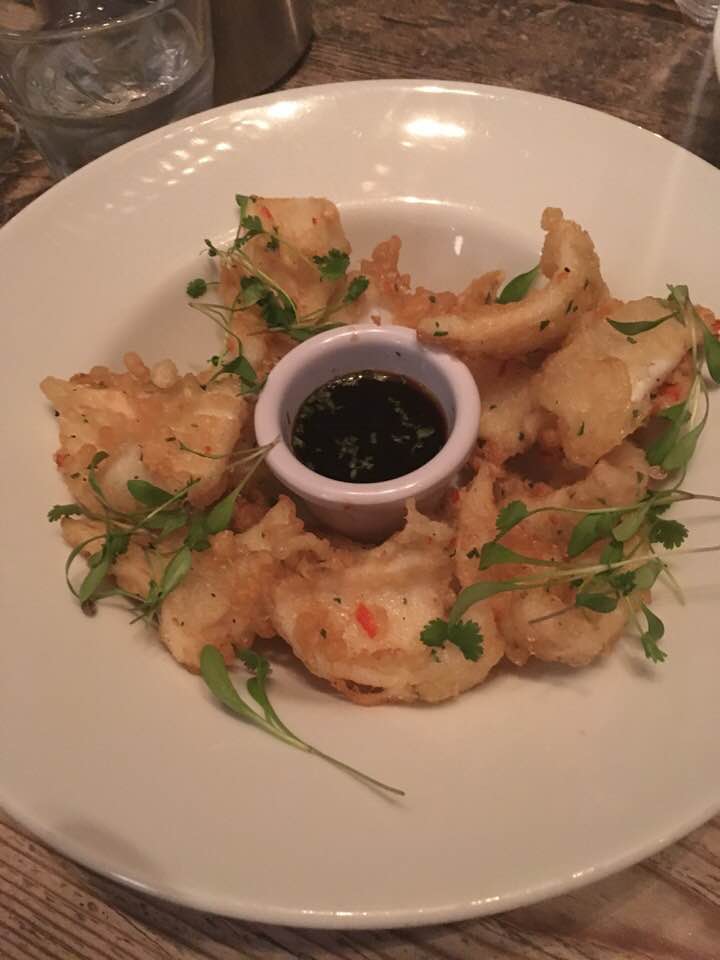 The restaurant itself is tiny, nestled into a small space on Argyll street, but it was packed to the rafters, with people eating at the bar, and the mezzanine level already full by 7.30pm. We’d booked in advance and been given the last remaining table by the window, which was spacious, but left us freezing every time anyone walked in off the street!

As we looked through the menu, our waitress also brought over their daily specials board, and we decided that the four of us would share a few starters, unable to narrow down our choices. Between us, we ordered the large natural seared scallops, the tempura squid with soy and coriander dipping sauce, and the salt & pepper squid and gurnard.

The scallops came on a miniature sizzling skillet, looking plump and delicious, while the two squid dishes looked completely different; the tempura served simply with the dipping sauce and a scattering of coriander, while the squid and gurnard dish came piled with what I can only describe as a mix between a zesty Asian slaw and salad.

The scallops were perfect, cooked simply in plenty of butter. They were melt in the mouth, and even better with a squeeze of lemon on top. The tempura squid batter was light and crisp, and I personally loved the flavour of the dipping sauce, but if you’re not a fan of coriander, steer clear!

The squid and gurnard salad was full of flavour, and the squid tentacles within were crisp on the outside and tender inside, but we could have done with more. It felt like the ratio of squid to salad was a little off balance. I didn’t try the gurnard as it’s quite a strong flavoured fish I’m still not a fan of, but I’m told it was lovely!

Up next, main courses! I decided to go for the langoustines. I’d been told by Pete that they were fantastic, so I opted for 300g plus a side of fries. Sam opted for the special of John Dory, with pig’s cheek, Arbroath smokie, red wine onions, samphire and béarnaise. I know, that sounds like a really weird combination, rich red wine and pig’s cheek with delicate John Dory? It shouldn’t work, but it really, really did. I was honestly a bit jealous!

If you’re squeamish, you might not be a fan of the langoustines, which came fully intact, legs, eyeballs and all, but already split down the middle so you can just pull the meat right out. Despite their intimidating appearance, I dove straight in and they were truly stunning. I opted for the hot option, simply grilled with a little butter, and they were heavenly. So light, slightly sweet and delicate. I was also supplied with equipment to crack open the slaws and pull out the meat, which is meant to be the most delicious and tender part. I’m glad I ordered the side of fries though. Despite being scrumptious, there wasn’t a huge amount of meat on them. The plus side to this, however, was that for once I wasn’t too full for dessert, hooray! 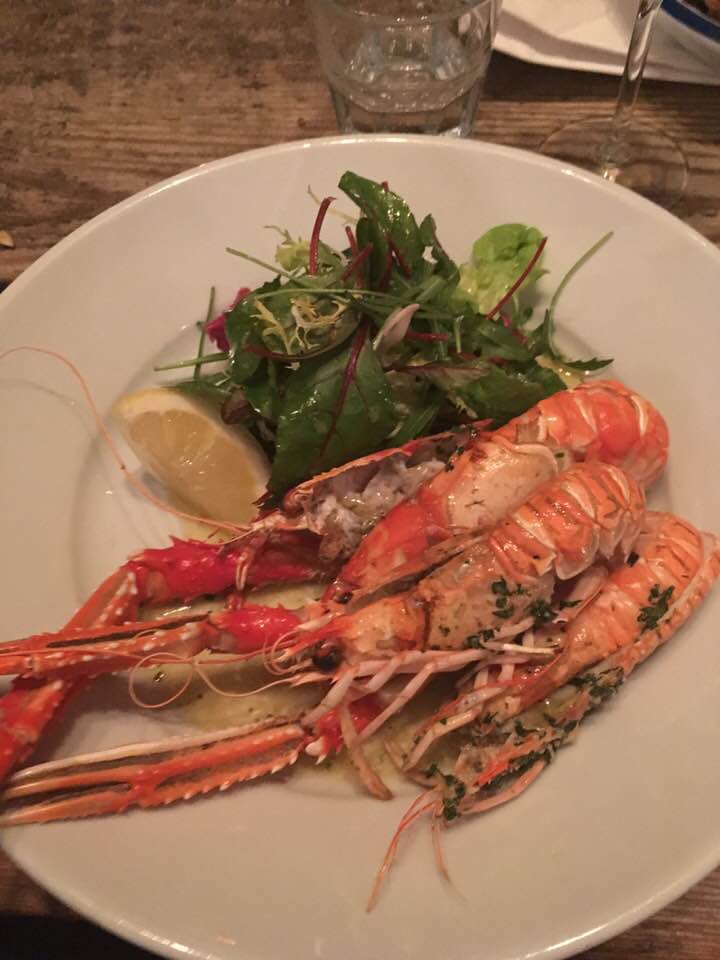 Naturally I opted for the vanilla panna cotta, which passed the wobble test and had a lovely delicate flavour, which was paired with caramelised pineapple and mint. It’s got to be one of the only times I have eaten a three-course meal and not walked away with a massive food baby!

For the four of us, the bill was just shy of £200 – although that’s partly because Pete ordered the more expensive wine, and we had two bottles of it! To be perfectly honest, I didn’t mind splashing out. All of the food was delicious, and the staff were so incredibly friendly and attentive despite how busy the space was. If you’re looking for beautiful, fresh seafood and great service, look no further than Crabshakk.