I’ve been meaning to visit Hutcheson’s since it’s revamp over the summer, so when some friends gave us gift vouchers as a wedding present, I was ecstatic!  Sam and I decided to head along for lunch one Saturday afternoon to sample their menu, voucher in hand!

When we arrived, we were quickly led upstairs, glancing at the stylish new bar on our way past, into the City Grill, their main dining area, which is beautifully stylish and elegant. The décor is quite ornate, with an incredible double high ceiling, plush leather benches and gold finishes. It feels a little bit 1920’s, Gatsby-style, with a rather grand bar at one end of the room, and champagne bottles dotted throughout.

Being there at lunch time, there was a set lunch/pre-theatre menu available which, at £18.95 for three courses, is incredible value for money, however, having our voucher meant we could treat ourselves a little to a quality steak from the a la carte.

When it comes to steak, there are a number of choices in Glasgow, Hutcheson’s alone offers four house cuts, three reserve cuts, and three signature cuts, because why not. We wanted to get a sharing steak, but the reserve cuts were a bit on the pricey side, so we opted for the Chateaubriand from the signature cuts, hung and dry-aged for 35 days or more. This came with two sides and two sauces, but before we get to the meaty bit, let’s talk about starters…

Normally when I go out to eat, I’m much more likely to order a main followed by a dessert, but the starter selection at Hutcheson’s caught my eye and I just had to try one. Sam opted for the jalapeno and cheddar croquettes, while I ordered the crispy soft shell crab with Thai green papaya and cashew salad. A few months ago, I wouldn’t have even considered ordering soft shell crab, but after tasting and falling in love with it in Prague, I decided to be adventurous. 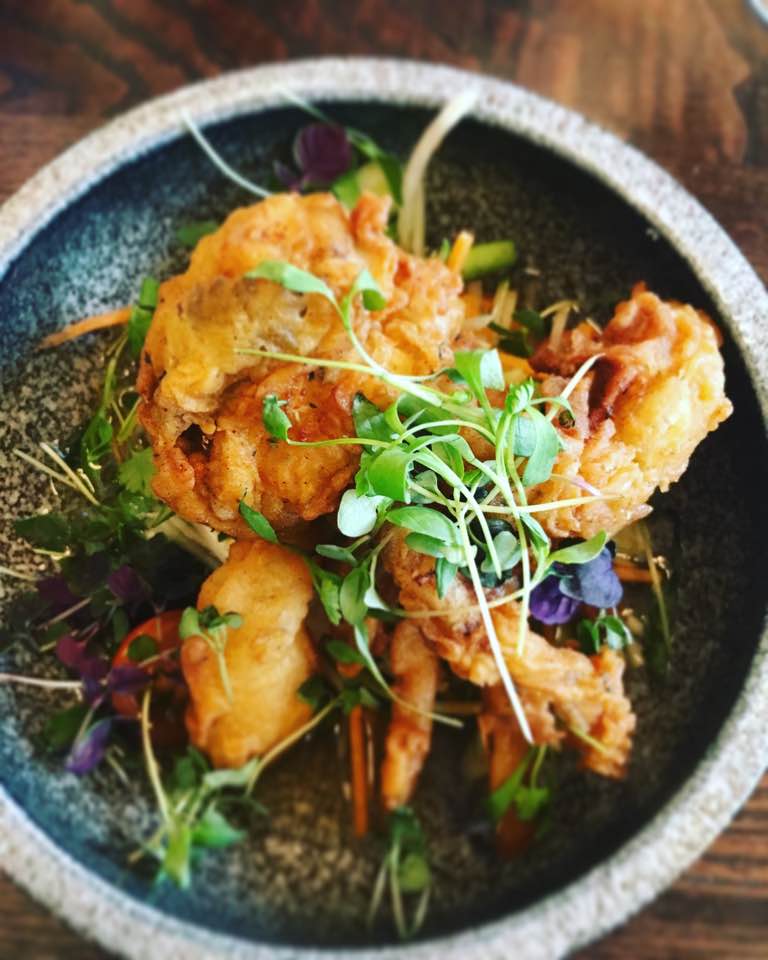 When the bowl arrived, I loved how beautiful and colourful it looked, the crab covered in crispy, golden batter. The salad was super zingy and quite acidic, full of Thai flavours like citrus, coriander and a hint of chilli, which actually worked really well to balance out the heaviness of the battered crab, which was wonderfully crisp, the meat inside delicate and soft. Apparently, I like soft shell crab now, which, for a girl who five years ago couldn’t even look at fish without feeling nauseous, is a huge improvement, yay me!

But who cares about me and my prior fussiness, you want to hear about that chateaubriand, right? We had ordered it rare, and it arrived perfectly cooked for us, still red in the middle with a lovely char on the outside. I know it looks a little on the blue side in the image, but it was a perfect rare, so tender! Honestly, if you have your fillet steak anything above a medium-rare, you don’t deserve to be reading this, go and rethink your life choices.

Sides wise, we ordered chips because of course, and garlic sautéed mushrooms. I opted for the pepper brandy sauce and Sam ordered the bone marrow jus. The mushrooms came served in an adorable miniature skillet pan, and the chips were heavenly – super crisp and golden on the outside but fluffy in the middle, perfect for soaking up sauce! My pepper brandy sauce had a really lovely flavour, but needed more of a kick, so I did have to add more pepper to it, whereas Sam’s bone marrow jus was incredible. It was slightly sweet, but had a rich, meaty flavour and went so well with the steak.

What I loved about our chateaubriand wasn’t just the way it was cooked, but the way it was sliced too. Often if you order a cut like this rare, when they present it, thinly sliced, it loses its heat very quickly. However, at Hutcheson’s it was thickly cut into just four slices, so it stayed perfectly cooked and didn’t go cold, plus cutting into those chunky slices just felt more substantial, even though we only got two each. 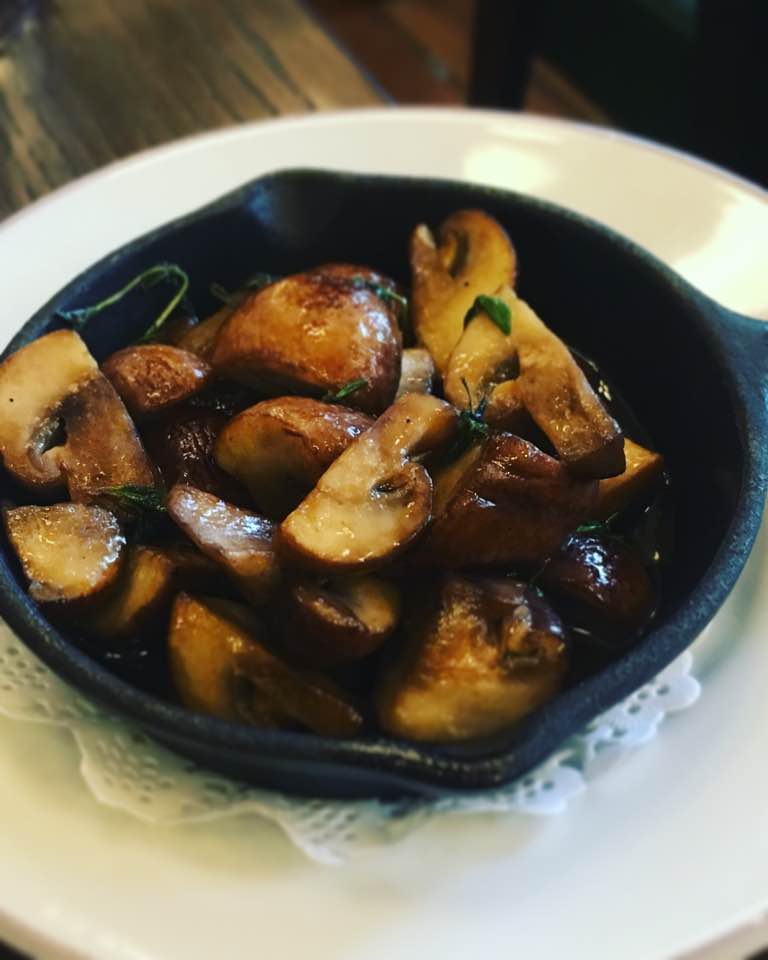 By the time we finished our steak, we were pretty full, so I was devastated when they presented us with a dessert menu where almost every dish appealed to me. I was just too full to order one, so I have just resigned myself to the fact that someday I’ll have to go back and just order a table full of desserts…sound fair?

Our bill (not including our voucher) came to £102 for two starters, a sharing steak and a bottle of house red. This, to me, given the high quality of the food and the service, is pretty reasonable. All through our meal the staff were incredibly friendly and attentive without being intrusive, the service was fast-paced but never felt rushed, and the food was delicious. I definitely will be back, not just for steak (and dessert this time!) but also to try their mouth-watering bubbles and brunch menu, because who doesn’t love brunch?!

P.S. Shout out to our good friends Becky & Pete for the gift voucher – as you can tell, we had a great meal!